I created my own personal repository of Ansible Playbooks to help me process automatically those boring manual steps I keep doing when provisioning systems for my projects. It is a repository I will keep updating the more I get into provisioning projects. 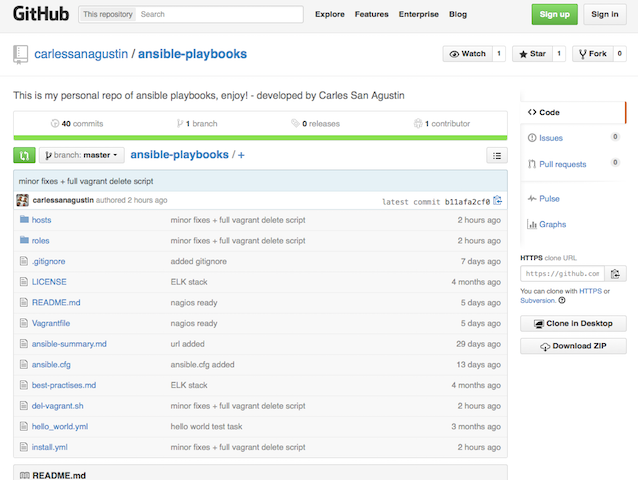 The present roles are:

Why did I chose Ansible between the other configuration management tools? It is agent less, so I can use it with a SSH or a WinRM port open. Because it is written in Python and it is my prefered programming language; I can “import ansible” in my Python Scripts. There are many official modules out-of-the-box. I can use it from the prompt with ansible-doc and ansible commands. And last, because its formatting is more SysAdmin (me) but less Developer; easy to read, work and understand.

Click here to cancel reply.
Finished the 2nd edition of the course AGILE IT MANAGEMENT: SCRUM, DEVOPS, LEAN IT
Nginx proxy for a Jenkins container